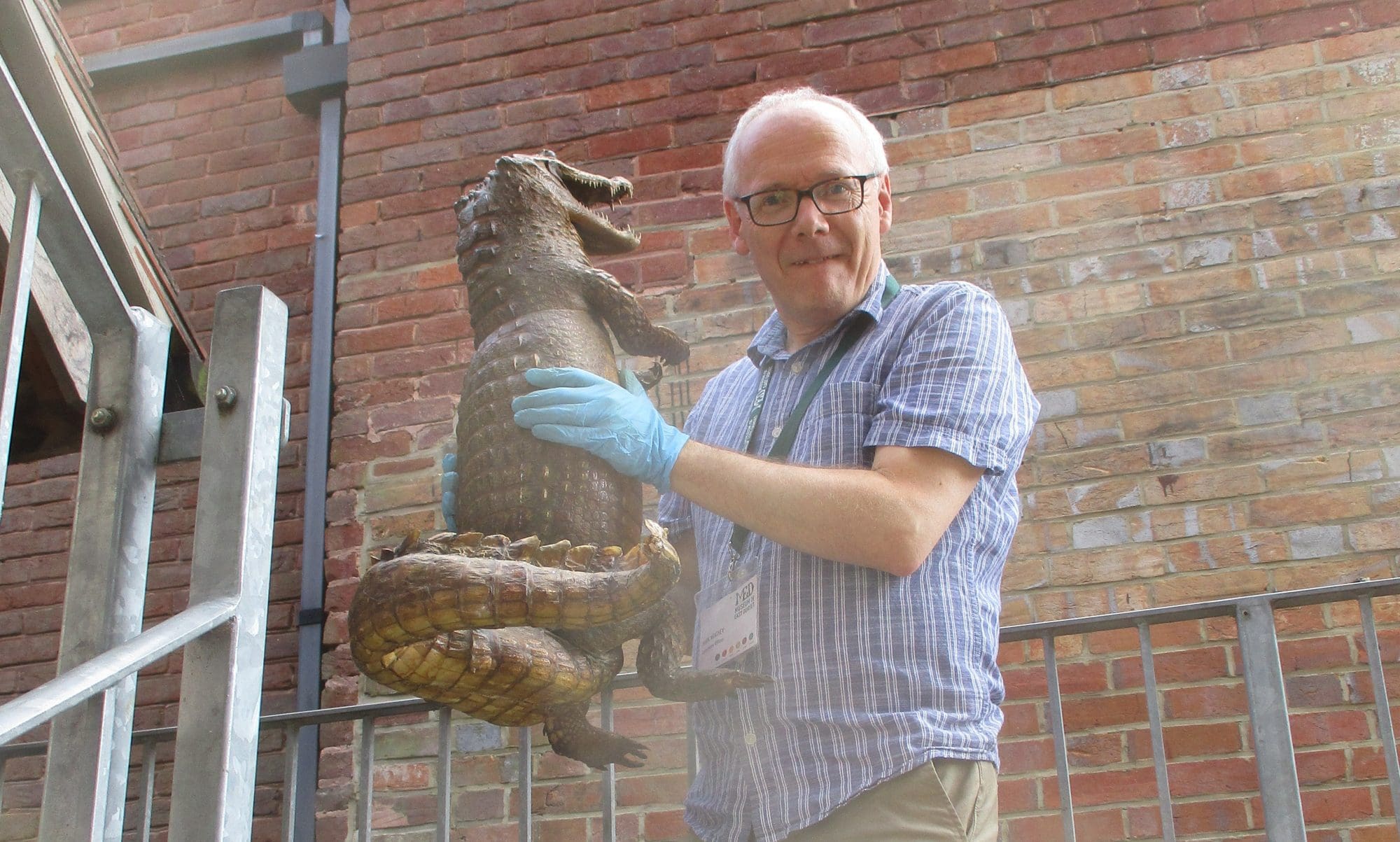 Visit the two new exhibitions at the Museum of East Dorset. Upstairs, in the Temporary Exhibitions Gallery, you can find out more about the life and achievements of local GP, gifted photographer, pioneer of early motoring, collector of antiques and local historian: Ernest Kaye Le Fleming. Downstairs, in the Voices Gallery, we celebrate the life of Ian Willis, a well-known, and much-loved, local character.

Both men lived in Wimborne and both supported the museum in their own special ways.

Ernest Kaye Le Fleming (1872 – 1946) was a well-respected GP in Wimborne for 45 years. He reached national prominence as Chairman of the British Medical Association and was knighted for his services to medicine in 1937. He wanted to improve general practice and had a lifelong interest in promoting healthy living. Ernest was an enthusiastic collector with ‘the deepest love of antiques and every possible relic of past times.’ He collected many ‘bygones’ from around Wimborne. He also accepted such items instead of cash payment for his services as a doctor, at a time when poorer people could not afford to pay doctors’ fees.

In many ways, Ernest Kaye Le Fleming can be seen as one of the godfathers of the Museum of East Dorset. Thanks to him, the museum can display the nationally significant collection of Victorian Valentines, which he saved from being pulped during the war. Ernest was a strong supporter of Wimborne having its own museum. In 1962, his photographs and objects were donated to the museum.

The new exhibition explores the life of this multi-talented man using objects from the museum’s collection, and personal photographs and items loaned by members of the Le Fleming family.

Our photo shows Mark Neathey, Collections Officer, with the crocodile. We believe this was given to Ernest’s medical practice as a rather bizarre payment for an outstanding medical bill.

Ian Willis – master of invention with an eye for the unusual

Ian Willis (1951 – 2020) was born and bred in Wimborne and proud of the fact. He was a kind and intelligent, somewhat eccentric man who had a lifelong love of gardening and the decorative arts. His home, Serles House, and particularly its garden, became famous for quirky and creative design and ‘interesting’ artefacts. He invited visitors into his once Secret Space to muse on its eccentricities while raising funds to support many varied good causes.

Ian was a keen supporter of the Museum of East Dorset. Over the years, he donated many items to the collection. These have been used, along with some objects on loan from Serles House, to create a display to remember him.